Have been unable to find the original cabinet door, so have had to use one from an old cabinet in the garage. Took a bit of fettling but have managed to get it fitted. Just have to fit a base and backing, already made a shelf unit. At least I have been keeping busy during the lockdown.
at April 28, 2020 No comments:

A few days back, I notices a bit of damp outside the back door just at the brickwork and concrete drive area. It had to be coming from the back of the kitchen sink outside wall. The only thing that could be the source of the leak was the dishwasher, so out it came with a struggle.

My years of fault finding proved yet again to be correct and there it was on the wall behind the dishwasher, an array of pipe work and adjustable taps which were left over from when the last house owner had at one time had a water softener plumbed in.

I tried to secure the leaking union on one of the taps using PTFE tape on the tap threads, but to no avail, next day I decided to try the fibreglass and matting method, but no matter how much I applied, it still leaked.

I had enough by now and phoned the local plumber but no response. Decided to ditch the dishwasher anyway, as it never got use, and was a bad fit under the sink, will give it to the local scrappy next time he comes round.

Now to try and find the original kitchen cabinet door which was removed when the washer was installed many years ago.
at April 27, 2020 No comments:

I have 2 Canon printers an MG5550 and a MG5650 today 5550 no print output, several hours later, tried to scan some docs on the 5650 and got a S6000 error and unable to clear it, this has happened before. Solution remove the printhead from 5650 and fit it to 5550 and we have one usable printer and my fingers still stained with printer in from the printhead removal and fit operation.Now have one printer for spares.

Today the excitement was too much, the first time I have driven the car since this lockdown begun. Our blue plastic bottle box was overflowing, so decided to take a drive down to the coop bottle bank. Was amazed at the lack of traffic and the amount of parked cars, came back through town and found it quite strange how quiet it was, the few folk that were walking around a few had masks on. Looks like most folks have taken the governments advice and stayed home. Guess that is my exercise for the day.
at April 20, 2020 No comments:

Although we are in a lockdown situation, it is still enjoyable to enjoy the spring bulbs in the garden. Yesterday I took some pics of the show. Today it has clouded over and very cold, what a change from the last week or so. We could do with some rain to keep the plants watered, so hopefully we might get a shower soon. 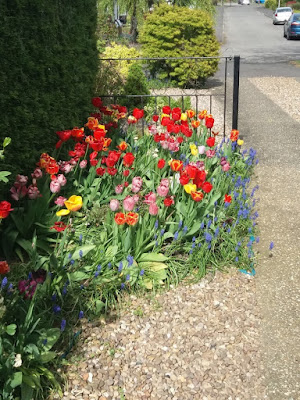 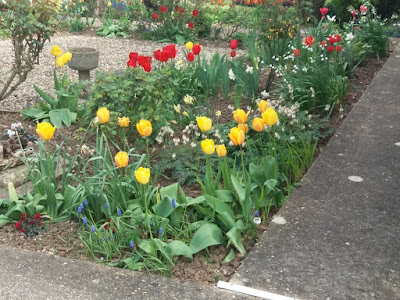 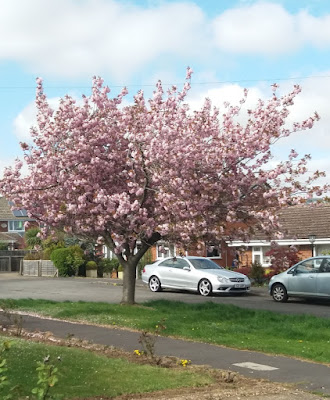 Pumped up the bike tyres and took the machine for a short ride round the block. Just a slight derailleur adjustment required as the chain slightly rubbing on the chain shifter. All adjusted and ready for the next ride. It was pretty cold wearing just a body warmer, so maybe an earlier ride required. 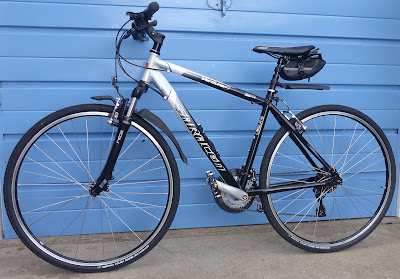 Cant remember the last time I rode this bike probably about a year back, must remedy this and do a lot more this year.
at April 16, 2020 No comments:

The current instructions for stay at home has been live for 3 weeks now and thanks to my daughter and son-in-law we have been kept supplied with essentials. We are lucky enough to have a garden and this has proved to be a good source of keeping occupied and the sunny weather has made it easy to get outside.

The most annoying thing I feel on a daily basis, is the BBC and it's endless coronavirus updates, not helpful at all to keep repeating the same facts over and over. I think this does more harm to mental well-being than anything else.

I am lucky enough to have the means to communicate with friends on the Internet and find some of the brilliant graphics being created reference the virus, such as this one. 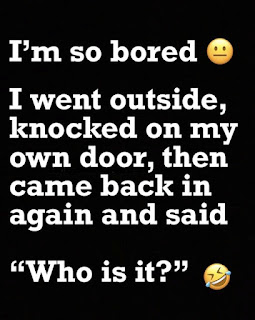 These funnies help keep you sane and are amusing too.

Have got the dominoes, now need a board to play the game on. Having just dismantled a cheap gateleg table, I now have 2 leaves, with rounded... 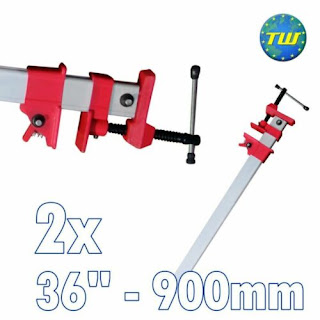 David Evans
Started my working life as an office boy, moved on to photographic technician then joined the Royal Air Force. Served 22 years then in civvy street worked as an optical technician ended up as an IT assistant and retired from work 2005